Share
Recently, Hendrik Koppe, a judo heavyweight from judo club Kodokan from Purmerend, Holland, pocketed gold at the All Japan International Open 2019 in Fukui, Japan. Koppe, who was on judo trip through Japan without his regular coach Davtyan, won all his three fights against a Japanese opponent with ippon. 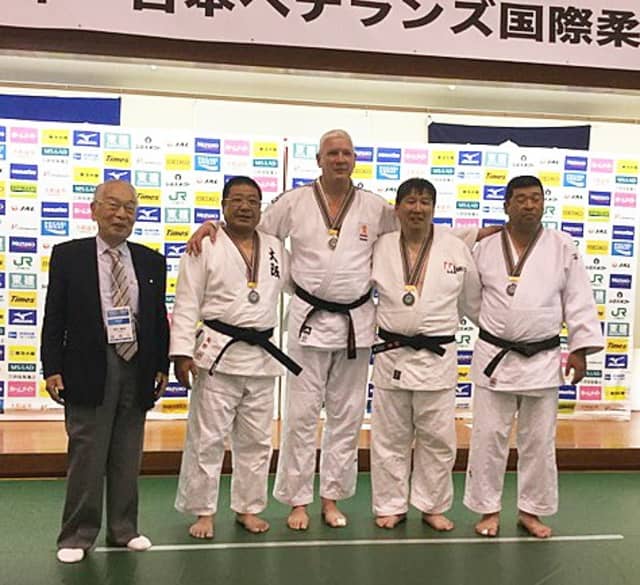 Koppe started his first fight more nervously than usual, probably because of the special atmosphere in the Japanese dojo. But after his first victory, he was completely reluctant to the stress in his next encounters. With his beautiful and effective hip throws, the 9-time Veteran World Champion generated spontaneous applause from the Japanese audience, appreciating such spectacular judo. “I was satisfied with my judo performance, even though I felt different and more nervous than in other tournaments”, Koppe commented after winning gold.

For the Dutch judoka, who has been active in judo for more than half a century now, it was his very first trip to Japan, the birthplace of judo. “I finally had the opportunity to embark on this journey, although without travel companion”, he said. “But as a judoka you always find new friends. It’s obvious that for me judo is more than a sport, it’s rather a way of life.”

Hendrik Koppe’s next goal is to pocket his 10th World Championship title later this year at the IJF Veterans’ Worlds in Marrakesh, Morocco in October.